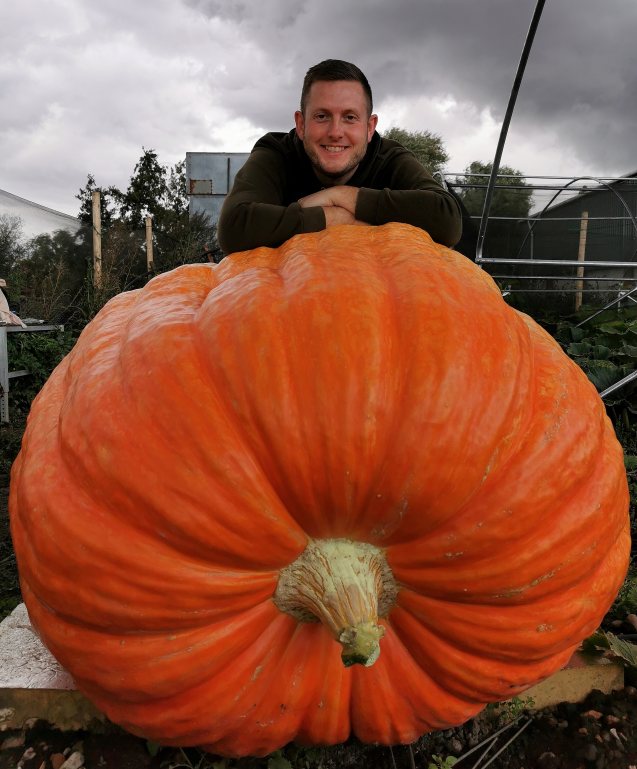 A giant 758lb pumpkin grown in just 80 days has been showcased in the Great Pavilion at this year’s Chelsea Flower Show. The pumpkin attracted a lot of attention at event, even from the likes of gardening star Alan Titchmarsh. Owner Ben White has been using his pumpkin successes to raise money for the Essex and Herts Air Ambulance, an endeavour which has been supported by agricultural specialist Agrigem.

Essex’s Ben White, who has been growing for just four years, planted ‘Greta’ in April. At this stage, it was the seed of a monstrous 2152lb parent plant imported from America. Ben grew the pumpkin under a purpose-built temporary structure to prevent the sun from ripening it too quickly, thereby allowing it to grow for longer. As September arrived, Ben wrapped Greta in blankets to protect against the autumnal chill in the air. This kept the pumpkin growing for even longer.

The protection certainly paid off – Greta beat Ben’s personal best of 614lb. The pumpkin has previously been exhibited at RHS Hyde Hall Giant Pumpkin Competition where it won first place. 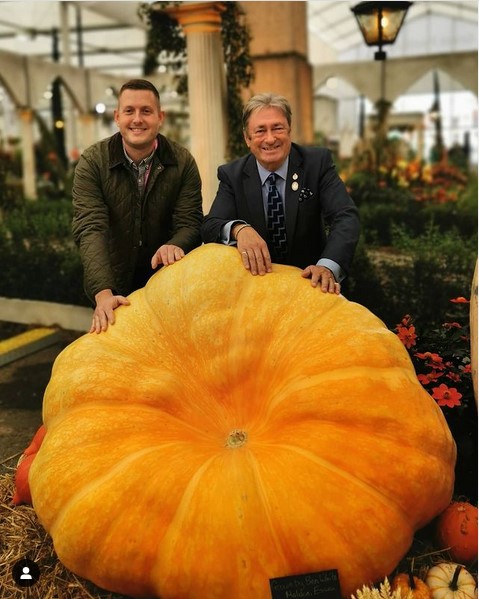 Ben uses Nutrigrow Triple 18, a water soluble NPK fertiliser, in a drip feed irrigation system to grow his super pumpkins. It can also be applied via a sprayer or fertigation system. Containing a wide range of micronutrients, Triple 18 will improve the growth of a wide range of crops including turf, fruit, ornamentals & grassland. Fertilisers applied directly to the plant will give a quicker response than granular fertiliser. Soluble powders generally deliver more nutritional value than liquid fertilisers. It can be purchased from agrigem.co.uk

Greta’s baby sister, Gloria, weighed in at a hefty 729lb and both are being exhibited this week in Heybridge to help raise money. If you’d like to arrange a viewing, contact Ben through social media, and if you’d like to donate, click here.

Information and images provided by Agrigem. 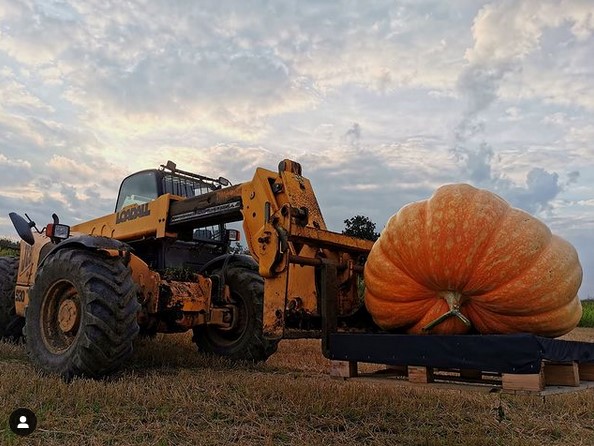