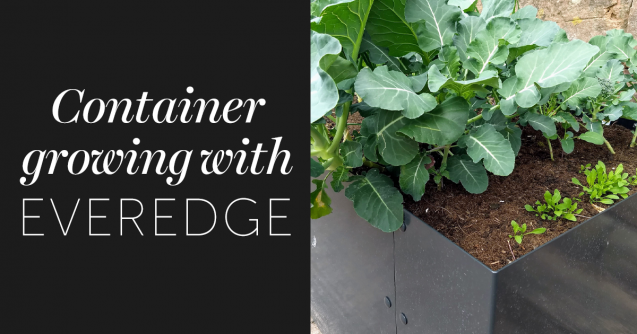 Find out how to grow crops in containers to maximise space

Growing your own has come back into fashion in recent years ever since it has become more recognised as a means of growing organic fruits and vegetables. After all, there is no question over the providence of food grown in your garden, and it is a simple way to encourage healthy eating on a budget.

However, not everybody has the garden space to lay out vegetable plots, or even the ground to plant crops in. In these circumstances, container growing has become the most practical choice. Planting fruits and vegetables in containers is a versatile and a simple way to grow a variety of edible crops when space is at a premium. Most varieties of fruits and vegetables can be grown between April to October as long as the right container is chosen.

Usually, where the containers will be sitting on a hard surface such as paving, tarmac or concrete, a height and a depth of at least 45cm is recommended. Anything less than this, and frequent watering and feeding will be required to ensure that the crops don’t suffer from a lack of moisture and nutrients and die off. 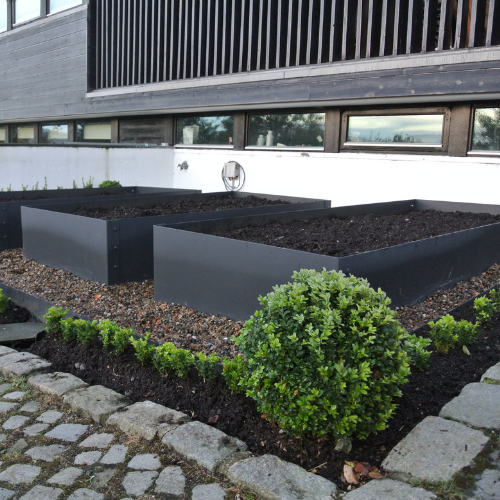 Some vegetables that are tall, spread out or need supports might need to be grown in a larger space. These include cordon tomatoes, and some varieties of broad bean and peas. Crops that have extra-long tap roots, such as parsnips, might also need to be grown in the open ground. However, the rest will grow happily outdoors. The most rewarding vegetables for growing in containers include:

All Radish varieties, including ‘French Breakfast’, ‘Cherry Belle’, mooli radish ‘Dragon’ and ‘Neptune’. Sow at a depth of 1cm, and 2-3cm apart.

First early seed potatoes, with one tuber for every 30cm of pot diameter.

Herbs are excellent crops to grow in pots. Have a go at growing parsley, coriander and basil.

EverEdge allows growers to design steel planters for growing edible and non-edible crops. These planters are custom built to most shapes and sizes to suit any sized garden and can be finished in a large variety of styles included painted, galvanised or Cor-Ten (a natural weathering steel which is designed to rust, but not break down). 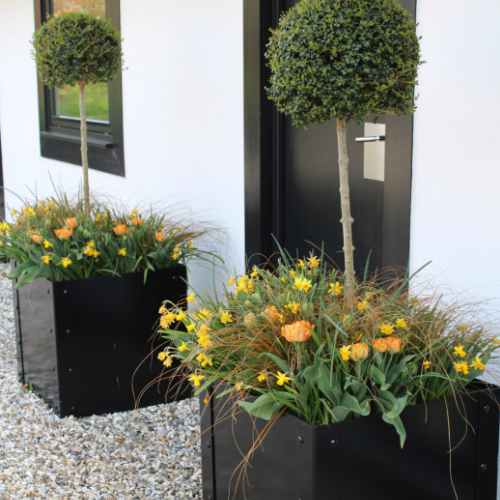 EverEdge steel planters are the perfect addition for home owners looking to combine aesthetics and practicality. The versatility that comes with a custom built planter ensure that EverEdge can offer all of our customers a container perfectly suited both to the size of the garden and to the crops that are planned to be grown. For more information visit everedge.co.uk.