Behind the scenes: Will Young

The reasons why you need worms in your garden

“I’ve become quite obsessed with tomatoes this summer,” Will reveals, as we begin excitedly chatting about the plants we both love. “I’ve ended up with about 40 tomato plants from seed, they just all took really well and so I keep giving them to neighbours, my dog-walker, her mum, her grandmother, some friends, and I’ve still got loads left!”

Will Young may be best known for his pop career, which has spanned nearly two decades, but growing up around a family of veg-growers and garden designers, has turned him into quite the gardener himself, although he admits he doesn’t always follow the rulebook.

“My tomatoes are the ones that I just let do their thing,” he explains, laughing. “I don’t have a clue. I can’t be bothered to stake them up, but they seem to be doing alright, they’re growing.”

He says that’d be his number one message to newbie growers, to just give it a go. “Try and grow one thing. Don’t be afraid of not getting it right, there’s so many times I don’t get things right, but that’s how you learn. Be prepared to make mistakes, sometimes things just don’t work out.”

Will has been quite vocal about his anxiety and how gardening has helped to boost his own mental wellbeing. I’m keen to hear his thoughts on horticultural therapy, to pinpoint exactly what it is that can be so beneficial in tackling mental health struggles.

“I think the primary thing is getting back to nature,” he confirms. “It’s not something where I walk into the garden and think: “Right, that’s incredible, I feel better”, it’s about slowing down one’s pace.

“It’s also very creative, gardening, so it’s a form of expression – people forget that it can be so very expressive and artistic. I think that all ties into my music, too, it’s all creative. None of it is mutually exclusive.”

Like you and I (and probably everyone and their dog) Will is an avid Monty Don fan.

“He’s such a good figurehead for gardening. He embraces it as an entire lifestyle, and I love that about him. He’s also spoken about his mental health over the years, and he’s just this calm figure, I really like his approach to gardening, it’s so measured.”

For the younger generation, he namechecks the Rich brothers (of the BBC’s Garden Rescue fame) as the horticultural heroes of the future. “They’re brilliant designers, and I love the fact that they’re on TV. They’re cool, they dress great, they look great, they’re fun - and I think that shows another side of gardening.”

We take some time discussing how homegrown produce is becoming pretty trendy again right now. Will thinks he knows why: “It’s a desire to get to simplicity. It’s very rewarding to just grow something that’s yours, it’s fulfilling, it’s what people have been doing forever, it shows that you can bypass all the noise of modern life, people need to feel more connected to nature. And, if you can combine a connection to nature with your food source, that’s such basic human survival and I think it’s wonderful.”

I suggest that it’s perhaps also linked to a growing awareness surrounding green issues. “We can definitely use our gardens to help enrich our environment,” he comments. “I’ve planted more gladiolus this year, because bees love it, it’s such a pleasure to watch them come. So I think even there, it shows how I can support nature from my own garden.

“And, as an individual in my own little world, if I’m growing tomatoes, I’m not paying for any packaging, there’s no air miles, it’s literally just straight onto my plate. That’s one packet - well, actually, probably about 40 packets for me this year – that I’m not going to be buying. It’s a wonderful thing about growing my own.”

Top tips for growing geraniums between summer and autumn 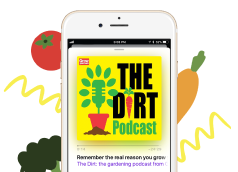 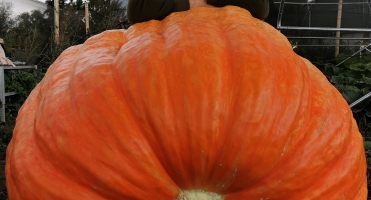 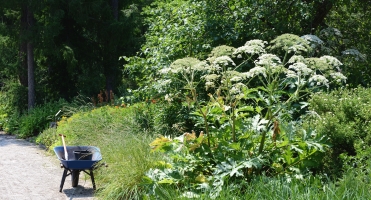 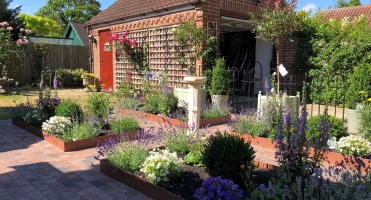 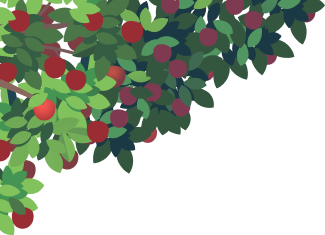