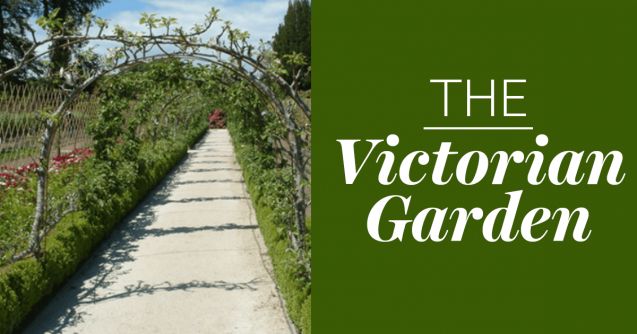 The nation’s love of creating beautiful and functional gardens has been going on for centuries. According to the National Trust, manor houses and monasteries cultivated gardens in the Middle Ages that were well-ordered and useful, with rectangular beds and orchards providing fruit, vegetables and herbs for medicines.

However, it was in the Victorian era that the population’s fascination with gardening became widespread. The craze for collecting new plants from all over the world gripped 19th century England and resulted in a more formal style of garden, where the latest finds could be displayed.

Gardens today are still influenced by the grand Victorian style, particularly those belonging to stately homes and country estates, which retain their 19th century splendour even today.

In addition, many 21st century garden designers are producing beautiful recreations of Victorian gardens and these have featured in the Chelsea Flower Show in recent years.

New Plants and Technology
Gardening took off in the Victorian era from 1837 to 1901, largely due to the availability of more diverse plants, new technologies that made gardening easier and the increase in population, leading to suburban living for the middle classes. These middle-class men and women had more leisure time on their hands and were able to devote the necessary energy into creating their garden.

The invention of the lawnmower in 1830 by Edwin Budding, in Thrupp, Gloucestershire, also changed the face of gardening. He was granted a British patent for his design – as an alternative to the time-consuming scythe – on 31st August 1830. It wasn’t long before the revolutionary machine was further developed, thanks to Budding drawing up a business agreement with John Ferrabee. By the 1860s, Ferrabee’s company had manufactured around 5,000 lawnmowers, comprising eight different models with various blade sizes.

From the 1830s, experiments in creating hybrid plants began, increasing diversity. The most significant laboratory garden in England was at Down House, in Kent. This was where the great biologist, geologist and naturalist Charles Darwin experimented with the effects of earthworms on soil and how best to adapt orchids for fertilisation.

In addition, sheet glass was developed from 1847, so this meant large greenhouses could be built more cheaply. Another invention, asphalt, became popular for use on garden paths from the 1860s.

Victorian Garden Features
One of the most noted features in the Victorian garden was the finely-manicured lawn. It required constant attention, as it became a kind of outdoor ‘parlour’ for well-to-do families. Ornate garden furniture would be placed on the lawn, so families could sit comfortably during the summer months.

Trees provided shade to protect parts of the house, such as the dining room or veranda, from direct sunlight. They were also planted along either side of the drive. Particularly popular were trees with brightly-coloured leaves, or ‘weeping’ species that were easy on the eye. Some well-off householders collected and cultivated exotic trees in greenhouses and conservatories.

Arboretums were often used to display the collections of trees on a large scale. Shrubs were also popular to define property lines, mark paths and hide fences or house foundations. They also framed bay windows and doorways, using mixed species.

Fences, Furniture and Ornaments
Most properties in Victorian days were fenced, with cast iron being the most popular material. Not only was it ornamental, it could also be used for matching garden furniture. The more well-off the householder, the more ornate the gate and fence.

Rustic fences were erected in more informal settings, such as cottage gardens. They were commonly made of thin pieces of wood bent into decorative shapes. Standard picket fences were often disguised with vines.

The Victorians loved garden ornaments and among the most popular were fountains, sculptures, urns, sundials, fish ponds and bird baths. Many ornaments were made of cast iron. Some urns were purely ornamental, sitting in pairs to decorate stairs, so they may not necessarily have been planted with anything.

The most popular seating included long garden benches and chairs, or seats with trellis designs. They were usually placed in the middle of the lawn, under gazebos and in pavilions. Common materials used to make these items were cast iron or rustic wood. For porches, there was mainly wicker furniture – England’s climate was ideal for garden parties during the summer, so the appropriate garden furniture was a must.

Aviaries
The aviary was a popular feature of the Victorian garden, as recreated at the Chelsea Flower Show in 2010. One of the most memorable exhibits was the Victorian Aviary Garden, designed and created by Victorian garden expert Jonathan Denby and award-winning garden and landscape designer Philippa Pearson. It featured an ornate aviary as the centrepiece of the garden, surrounded by plants and shrubs typical of the late 19th century’s grand designs.

Victorian Plants
A multitude of colourful plants helped to create the perfect Victorian garden, and these can be used today to recreate the same tranquil ambience.

One popular design was known as ‘carpet bedding’ and involved planting beds with flowers of different species, but the same height, to create a pattern or motif – floral clocks were particularly popular. However, a backlash against this type of planting claimed each flower should be displayed for its own individual beauty and not as a ‘carpet’.

Another popular layout was the herbaceous border, with flowers of varying heights planted along a wall or path. The plants usually varied in height, with the shortest at the front and each row taller than the last. Rose gardens – including climbing varieties trained over a trellis – were a common sight.

Different types of vines were used not only for decoration, but also to hide features considered unsightly, such as tree stumps or fences. Vines were often trained up the side of the porch.
In urban areas without large gardens, large urns were planted up with small shrubs and flowers at either side of the front door. Window boxes were also a feature for houses and flats without a garden.

The Art of Topiary
The art of clipping ornamental hedges and trees, known as topiary, has been practiced for centuries, with historians tracing it back to ancient Rome, when the gardener who cared for the ornamental garden was called the topiarus.

In the 17th century, topiary became a part of Britain’s landscape. However, it wasn’t until the 1830s that it enjoyed a boom, largely due to the elaborate design of the Mon Plaisir garden, in the grounds of Elvaston Castle in Derbyshire.

As people tried to emulate the beautiful garden designs of many stately homes, stunning examples of topiary were to be found, with hedges expertly cut to resemble birds, animals and many inanimate objects, such as sailing ships and even teapots! An experienced craftsman could create just about any topiary design, given the right tools.

Topiary remains as popular today and some of Britain’s most famous stately homes have fine examples. Biddulph Grange Gardens in Staffordshire feature some amazing themed designs of hedges, representing different places around the world, such as Egypt and China.

Another stunning example of topiary is located at Blickling Hall, Norfolk, where there are many different shapes of trees. The giant yew hedges are fashioned into some stunning shapes, including giant acorns and even four grand pianos!

People in the 21st century love the designs of the Victorian garden and the theme is currently enjoying a massive revival. As with any large scale or time intensive projects, a lot of on-going maintenance is required to ensure that the visual appeal remains at the highest standard – especially if you’re maintaining your own Victorian garden. Plastic storage boxes, available in a variety of sizes, shapes and colours, are an affordable yet reliable solution to put all your gardening bits and bobs away tidily!