The Great British Bee Count – How To Identify Garden Pollinators 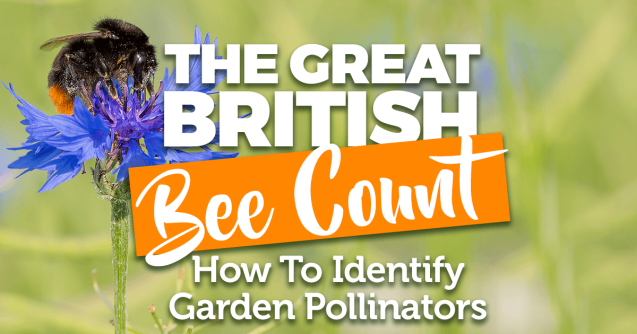 Bumblebees and solitary bees are vital pollinators of flowers and crops on your plot, from broad beans to apple trees there are a variety of species that visit these plants. The Great British Bee Count aims to encourage people to record the various species they see in their garden or allotment, to help give an understanding of how these insects are faring across the UK. The data will also contribute to the National Pollinator Monitoring Scheme. You have until June 30, 2018 to take part in this year’s survey, if you haven’t already, so take a look at this simple identification guide to help you get started.

Identifying bumblebees
When watching species of bee fly with purpose across the sky, it can seem very daunting when considering how to identify these small, speedy creatures, especially when you consider that 270 species have been recorded in Britain! Not all, however, of these are common or visit our gardens, so to start with focus on the bumblebee species that are most often sighted. These creatures are the species that people usually notice as they buzz about the garden, their larger body size making them an easier initial identification giveaway.

Red-tailed bumblebee
One of the more distinctive bumblebees, this species has a dark black body and, as its name suggests, a red colouring on its tail. The appearance is like this for queens and workers, but you may notice some yellow colouration on some individuals – these are the males. 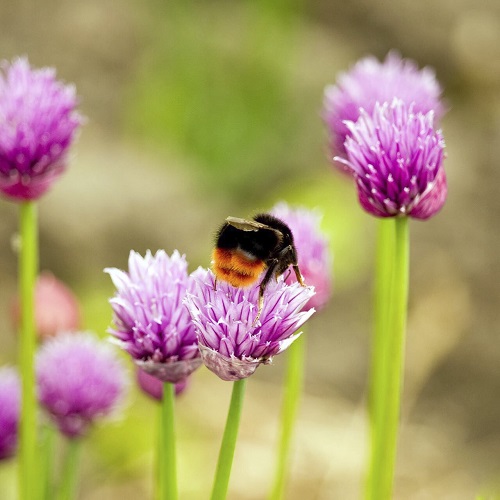 Common carder bee
The big giveaway when identifying this delightful bee is its predominantly ginger appearance. This orange-brown colouring is similar for queens, males and worker bees. If you want to try and separate males from females, however, the males have a slightly more yellow colour compared to the whiter colouring on the edges of the thorax of female bees. 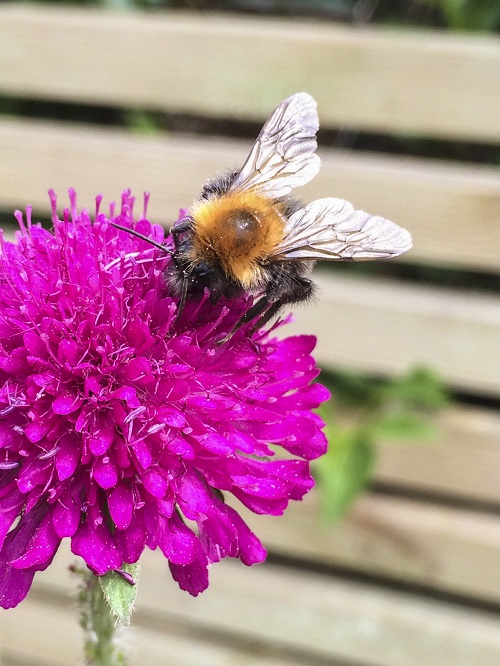 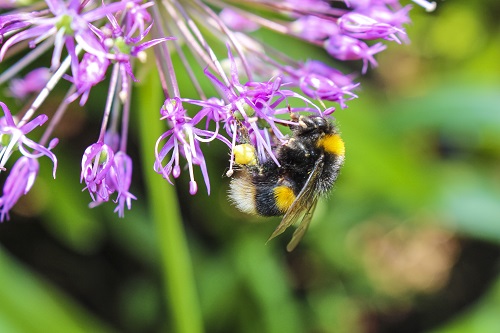 Garden bumblebee
As the names proposes, this species is often seen in gardens! These bumblebees have three yellow bands and an eye-catching white tail, and the males, workers and queens all show this appearance. These bees love foxgloves, and their long tongue means they can access the beneficial resources from within. This also gives these bees the appearance of having a long face. 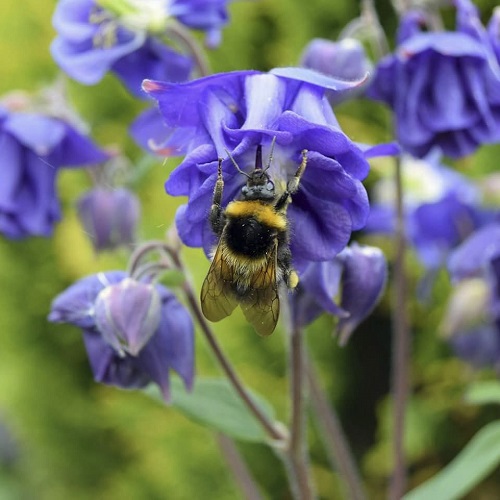 Early bumblebee
This species is named after its early emergence, and it also has a red tail. Although it can be confused with the red-tailed bumblebee, the latter species generally has a bolder and greater amount of colour than the early bumblebee. The smaller size of the early bumblebee also gives it a ‘cute’ appearance, and its widespread presence makes it a firm favourite of many gardeners. The males can be distinguished as they have a greater amount of yellow colouring, including on their face. 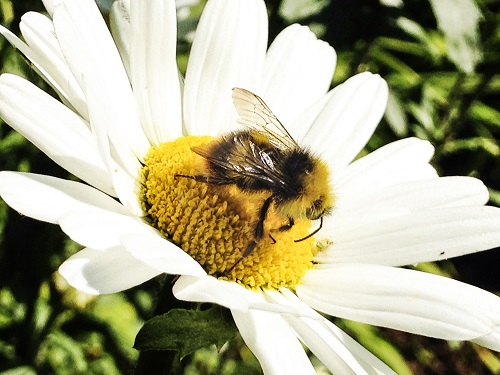 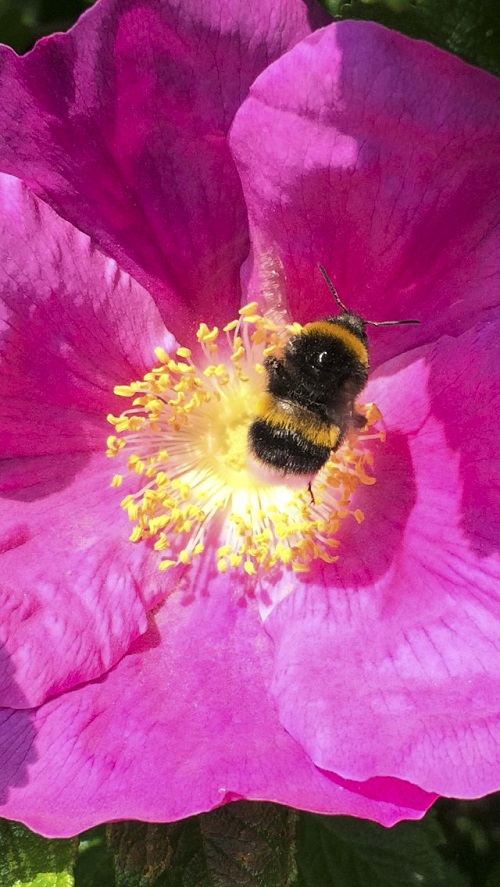 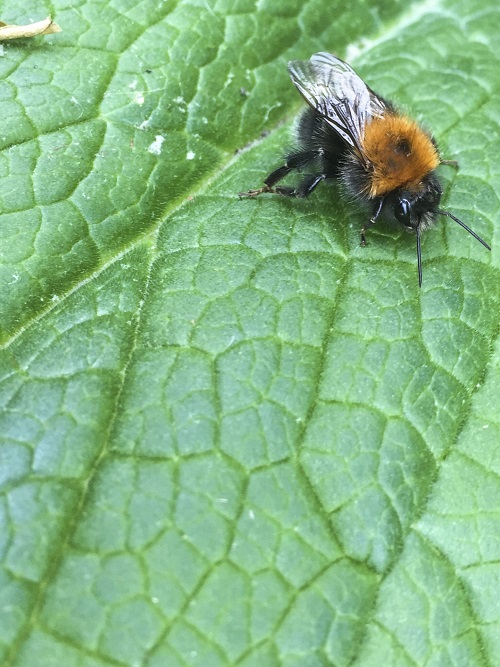 Honey bee
Along with the wild bumblebees, you will also likely see honey bees buzzing about your allotment or garden. These insects are more slender bodied than bumblebees, and have a light ginger-buff thorax. Those you see in your garden are usually from hives. 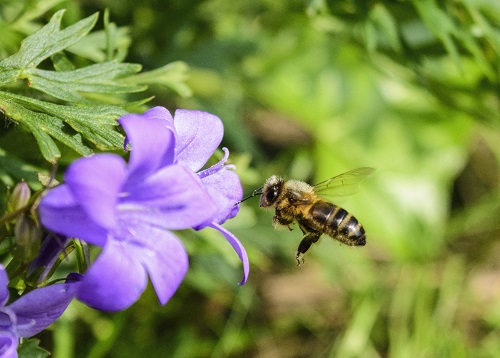 Solitary bees
As well as bumblebees and honey bees, there are a variety of species of solitary bee present in your garden and allotment, too. These insects are important pollinators, and include species such as the red mason bee, the hairy-footed flower bee and leafcutter bees. 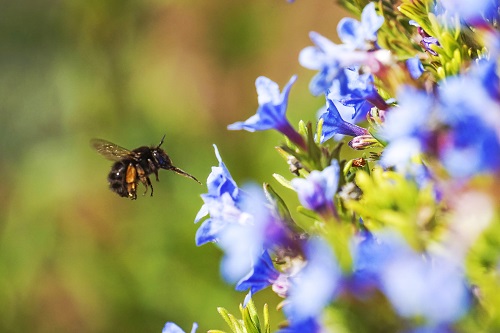 To get involved with the Great British Bee Count you can download the app or go to The Friends of the Earth website, and see the identification guide for more information.