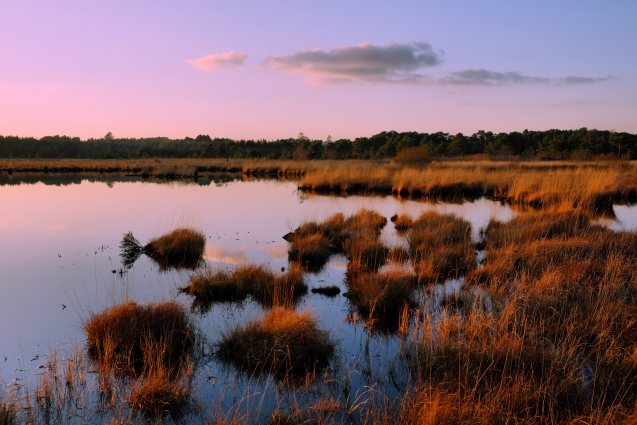 The growing pressure on gardeners to adopt peat-free composts has been ramped up to new levels - with the government banning all sales peat-based composts to gardeners from 2024. Ministers are also set to allocate £50m of funding to peatland restoration.

Environment secretary, George Eustice, announced plans to triple tree planting in England by 2024, with £500m of backing for the cause.

Alongside the release of the England Peat Action Plan, this represents an important set of environmental legislative decisions made by the UK government.

Gardeners will be forced to make different choices when it comes to compost, but this will benefit the UK’s biodiversity, provide healthy habitats for wildlife and help to combat climate change.

Here are some of the key excerpts from the environment secretary’s introduction to the new England Peat Action Plan.

“Our peatlands are an iconic feature of England’s landscape. Often referred to as ‘our national rainforest’, they perform many functions – they are our largest terrestrial carbon store, a haven for rare wildlife, a record of our past, and natural providers of water regulation. Yet, for too long we have taken this valuable natural resource for granted. Only 13% of England’s peatlands are in a near natural state.

“This Action Plan sets out our vision to reverse this decline. Our aim is to prevent further loss of peatland habitats and to restore more peatland landscapes to their natural state.

“Northern England’s sweeping expanse of blanket bog – an internationally rare habitat – will be an early priority for restoration, to help us protect this global asset. Alongside this Action Plan, we are announcing a number of early Nature for Climate Fund investments in 2020/21.

“The Fenland agricultural soils in lowland areas like Cambridgeshire are our country’s most productive soils. They are the breadbasket of the UK, producing some of our most important horticultural crops. However, these vital assets are also in decline. As a student in commercial horticulture in the early 1990s, I recall visiting the Cambridgeshire fens and observing how soil levels had dropped in preceding decades, as the land had oxidised and broken down through relentless cropping. We now know that in addition to degrading these soils, that process also releases a significant amount of carbon into the atmosphere. Therefore, we are establishing a task force to explore how the husbandry of these crucial agricultural soils might be improved, to reduce and mitigate the loss of these assets.

“In recent decades, progress has also been made in developing alternatives to the use of peat in horticulture, with the consistency of substitutes like coir improving. Peatland soils and the habitats they support should be nurtured, not mined, and this Action Plan sets out measures to accelerate the switch to the use of alternatives, starting first with bans on the sale of peat for amateur use by the end of this parliament, and gradually moving to alternatives for other commercial sectors over time.

“The government has also introduced measures placing further restrictions on the burning of heather on blanket bog. While the intrinsic carbon emissions from such activity are fairly low, such practices act as an impediment to the wider restoration of peatland habitats.

“While delivering the objectives of this Action Plan will require change, the government stands ready to put in place the right policies and incentives that ensure we can all work together to achieve our shared goals.”